The high value and innovative contents of the EUROSYSLIB libraries were achieved through a large-scale co-operation among 19 European partners from 5 European countries.

The German contribution of this ITEA2 project was funded by the German Federal Ministry of Education and Research. It started in October 2007 and ended in June 2010. 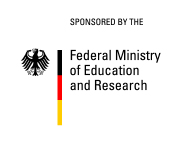